The goal of this chapter is to provide a working framework for the management of fistulae and complex wounds related to salvage total laryngectomy (sTL).

sTL is an effective oncologic intervention for recurrence following (chemo)radiation therapy, but is frequently associated with postoperative wound problems including salivary fistulae, infection, stomal dehiscence, and strictures etc. Overarching therapeutic goals in the acute postoperative period of sTL are optimisation of wound healing, prevention of pharyngocutaneous fistulae, avoidance of prolonged hospitalisation, and initiation of oral intake. Wound breakdown and fistula formation are associated with functional problems such as dietary restrictions, limited communication, and stricture formation

There is however evidence that use of vascularised tissue for pharyngeal reconstruction at the time of sTL can help prevent and diminish complications1. When complications do occur, management is sometimes escalated in a conservative manner. A more aggressive approach with tissue transfer may be required if conservative interventions fail or may be instituted early on in “unsafe” neck wounds.

Although primary mucosal closure is technically possible in some sTL cases, several factors are known to predispose to fistulae and wound breakdown. These include hypothyroidism, bilateral neck dissection, and previous chemotherapy2. Once a fistula occurs, it is associated with significantly longer hospital stay and stricture rates3,4

Contrast (barium) swallow radiographs are commonly employed postoperatively to exclude a leak and has a high specificity (approx. 94%), although the sensitivity is lower (approx. 26%). If a swallow test is negative, it is still possible that a leak will manifest later3. Therefore swallow studies should be done based on clinical suspicion rather than routinely.

Many tertiary institutions consider sTL an indication for vascularized tissue placement, usually a radial free forearm flap, but pectoralis major muscle overlay flaps or anterolateral free thigh flaps are also commonly employed. In a study of over 350 patients undergoing sTL at 7 high-volume academic centres, patients were grouped as either primary closure, pectoralis onlay flap, or closure with a free flap. Notably, most vascularised tissue flaps were interposed free flaps. Multivariate analysis demonstrated a significantly lower fistula rate with either flap technique. Furthermore, those patients who underwent closure using vascularised tissue could be managed without surgical intervention after occurrence of a fistula, and healed faster1. In other series, the use of onlay myofascial pectoralis major flaps were not superior to inlay myocutaneous flaps5. A recent metaanalysis of 33 studies from 2000 to 2013 reported a fistula rate of 14.3% (N=326 of 2177) for primary total laryngectomy and 28% in sTL. If a flap-reinforced closure was utilised, the fistula rate was much lower in the salvage setting (10%)6. A flap may be used even when there is sufficient mucosa to close the defect primarily.

Though no consensus exists as to the optimal choice of vascularised tissue with sTL, free tissue transfer is often preferred. Although a range of vascularised tissues have been used, including free anterolateral thigh and rectus abdominis flaps, interposition radial free forearm flaps are most commonly used (Figure 1). 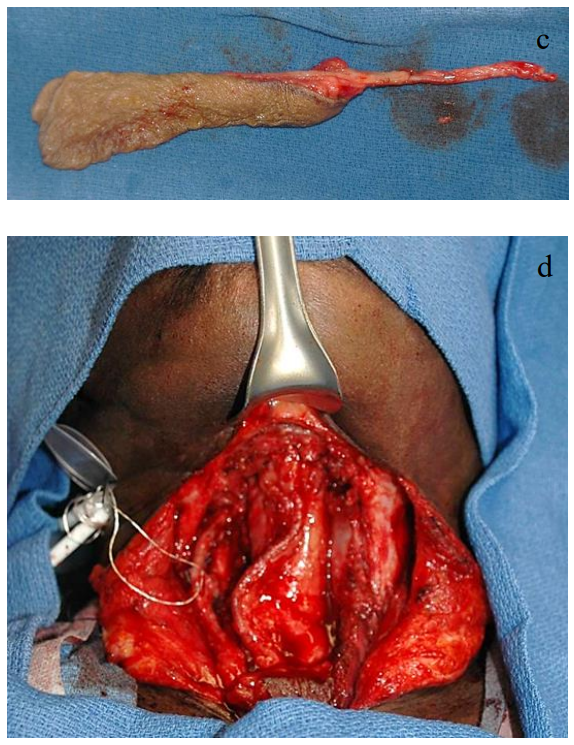 After total laryngectomy with neck dissection(s), a wound is ideal for reconstruction, and the donor vessels are accessible for microvascular anastomosis. If one has a good reconstructive team, the authors favour using a free flap, reserving the pectoralis major flap for potential salvage repair should the flap fail, to cover exposed major vessels, and for emergent procedures.

Intraoperative fluorescence angiography may offer improvements in the surgeon’s ability to identify poor vascularity of the soft tissues that may indicate patients at-risk for impaired wound healing. Intraoperative fluorescence angiography uses systemically injected indocyanine green (5 - 10 mg, IV push) to measure the relative perfusion in tissues and has been shown to have value in breast reconstructive surgery, and may similarly have applications in head and neck reconstruction.

Use of antibiotics remains controversial, as there is no data to support antibiotics given for longer than 24 hours after surgery.

When wound complications occur following sTL, the wound management strategy evolves over time based on the response to medical or surgical interventions (Figure 2). Antibiotics are generally not indicated for uncomplicated fistulae. Once a cervical infection does occur, diagnosis (fistula, cellulitis, abcess, etc) should be determined before antibiotics are administered as it could mask a significant issue that will delay definitive management.

Surgical interventions for diagnostic and therapeutic reasons are based on bedside evaluation; CT scans are generally not needed. Contraindications to conservative wound management generally include a significant amount of infected tissue, and exposed large calibre vessels at risk of haemorrhage.

Initial danger signs usually manifest on Days 5-8 and may include lethargy, sweats, and cervical erythema (usually above the suture line).

The following days to weeks usually involve aggressive debridement and removal of necrotic tissue, which is often the source of infection. If the wound does not show improvement within several days, then definitive management should be planned to protect the great vessels using a pectoralis major muscle onlay flap and maintaining a patent pharyngocutaneous fistula.

Negative pressure dressings promote wound healing by applying a vacuum through a special sealed dressing. The continuous vacuum draws out fluid from the wound and increases blood flow to the area. (Figure 3). Although the negative pressure dressings will not achieve anything that conservative management will not do over time, they do accelerate wound healing by 20-40%. 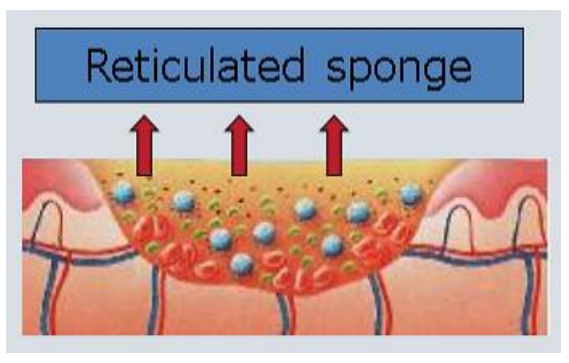 Negative pressure dressings can be used to manage complex wounds. They can be directly applied to active pharyngocutaneous fistulae to accelerate healing in softtissue7, as intraluminal dressings during secondary pharyngeal repairs8, and can be placed directly over major vessels or a vascular pedicle. 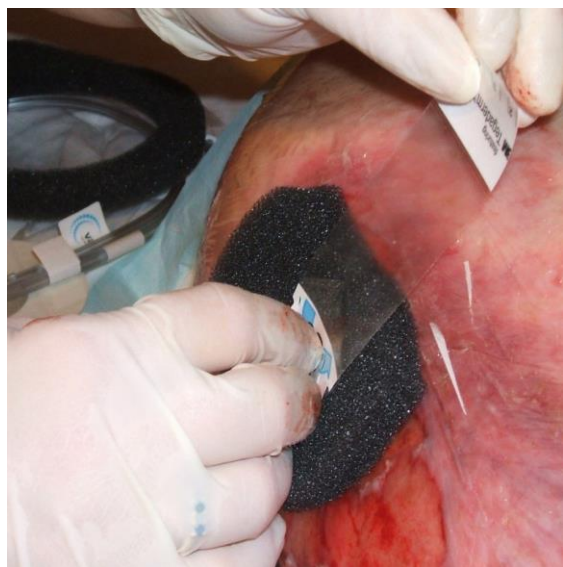 Using negative pressure dressings on the neck presents significant challenges due to the presence of a tracheostomy or tracheostoma, pharyngocutaneous fistula, hair, poor skin quality, and contamination with saliva, all of which make it difficult to achieve an occlusive seal.

Escalation to reconstruction is the next level of complexity in the wound management strategy (Table 1). Indications include imminent risk of carotid or internal jugular bleeding, or a very mature wound ready for definitive repair. Relative contraindications to flap repair include active infection or recurrent / persistent cancer.

Because of the simplicity of the pectoralis flap in postoperative sTL wound situations, free tissue transfer is less commonly used.

There are situations in which free tissue transfer is ideal for the management of sTL complications. Dissection of quality donor vessels is however paramount, and preparation of donor vessels suitable for microvascular anastomosis may be challenging in an unfavourable postoperative wound in a previously irradiated neck, particularly in the presence of sepsis, and may lead to exposure of additional segments of the carotid artery.

In a vessel-depleted neck it is worth considering using the internal mammary vessels as they are generally well protected from cardiovascular disease. Access is achieved by removing a short section of the 2nd rib as it joins the sternum. It is usually better to use the right side in case there is future need for cardiac revascularisation.

Division of Head and Neck Surgery 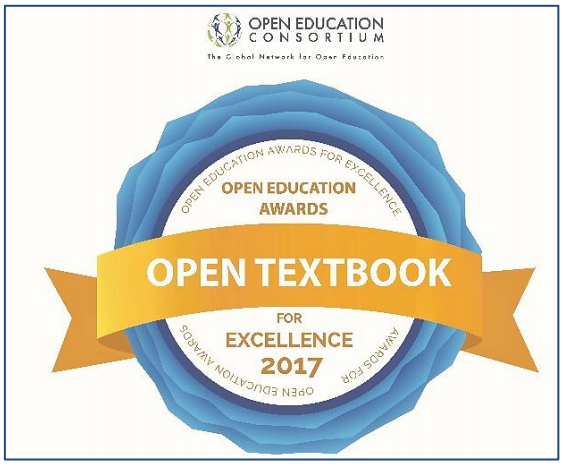