When an organism is in its standard anatomical position, positional descriptive terms are used to indicate regions and features.

The Need for Standardization 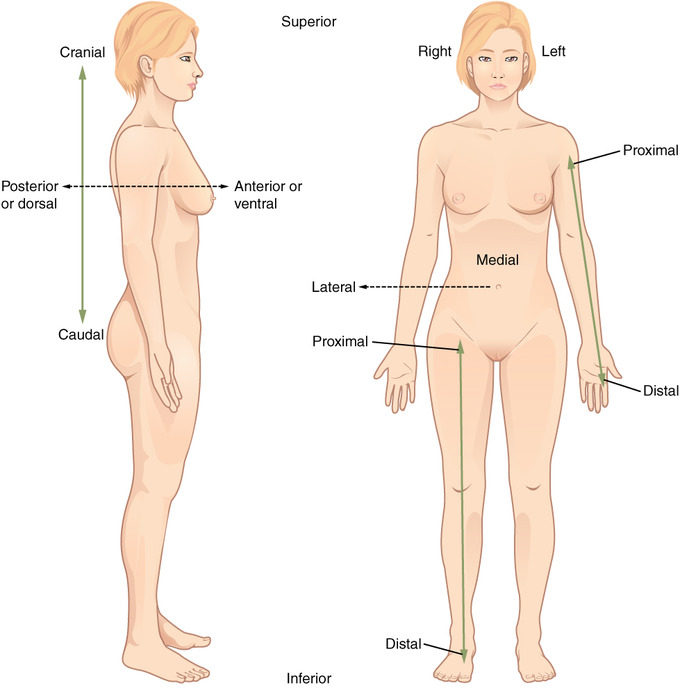 The standard anatomical position is agreed upon by the international medical community. In this position, a person is standing upright with the lower limbs together or slightly apart, feet flat on the floor and facing forward, upper limbs at the sides with the palms facing forward and thumbs pointing away from the body, and head and eyes directed straight ahead. In addition, the arms are usually placed slightly apart from the body so that the hands do not touch the sides. The positions of the limbs, particularly the arms, have important implications for directional terms in those appendages.

The basis for the standard anatomical position in humans comes from the supine position used for examining human cadavers during autopsies. Dissection of cadavers was one of the primary ways humans learned about anatomy throughout history, which has tremendously influenced the ways by which anatomical knowledge has developed into the scientific field of today. In humans, the standard anatomical position of the skull is called the Frankfurt plane. In this position, the orbitales (eye sockets), lower margins of the orbits, and the poria (ear canal upper margins) all lie in the same horizontal plane. This orientation represents the position of the skull if the subject were standing upright and looking straight ahead.

It is important to note that all anatomical descriptions are based on the standard anatomical position unless otherwise stated.