The motor areas, arranged like a pair of headphones across both cortex hemispheres, are involved in the control of voluntary movements. 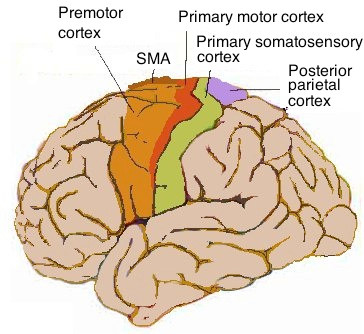 The motor cortex is divided into three areas:

Motor functions are also controlled by these additional structures: 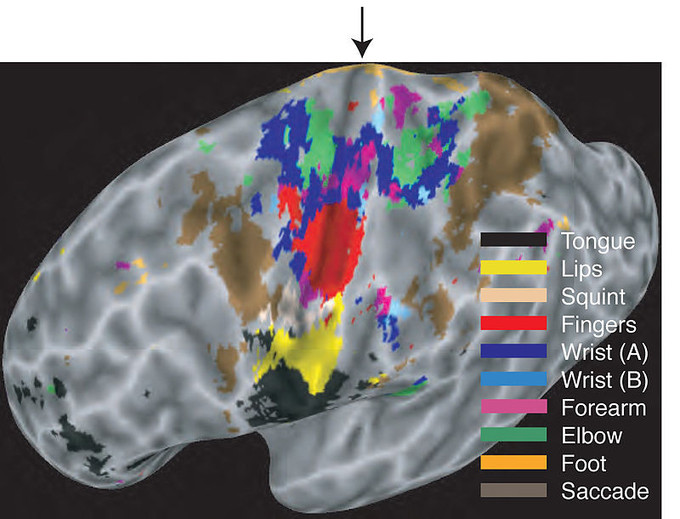 Cortex Map: Map of the body in the human brain.