A neuromuscular junction exists between the axon terminal and the motor end plate of a muscle fiber where neurotransmitters are released.

A neuromuscular junction is the synapse or junction of the axon terminal of a motor neuron with the motor end plate, as shown in Figures 1 and 2. The highly excitable region of muscle fiber plasma membrane is responsible for initiation of action potentials across the muscle’s surface, ultimately causing the muscle to contract.

In vertebrates, the signal passes through the neuromuscular junction via the neurotransmitter acetylcholine. 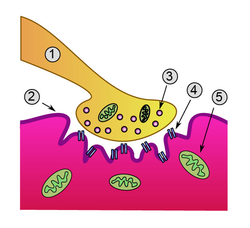 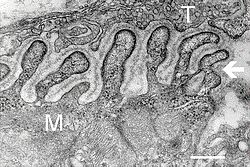 Figure 2. Neuromuscular junction: Electron micrograph showing a cross section through the neuromuscular junction. T is the axon terminal and M is the muscle fiber. The arrow shows junctional folds with basal lamina. Postsynaptic densities are visible on the tips between the folds. Scale is 0.3 µm.

Acetylcholine diffuses into the synaptic cleft and binds to the nicotinic acetylcholine receptors located on the motor end plate.

The action potential spreads through the muscle fiber’s network of T-tubules, depolarizing the inner portion of the muscle fiber. The depolarization activates L-type, voltage-dependent calcium channels (dihydropyridine receptors) in the T-tubule membrane, which are in close proximity to calcium-release channels (ryanodine receptors) in the adjacent sarcoplasmic reticulum.

As intracellular calcium levels rise, the motor proteins responsible for the contractile response are able to interact, as shown in Figure 3, to form cross-bridges and undergo shortening.

The affects of myasthenia gravis illustrate the importance of effective and functioning neuromuscular junctions for communication between neurons and muscles to allow contraction and relaxation of muscle fibers. 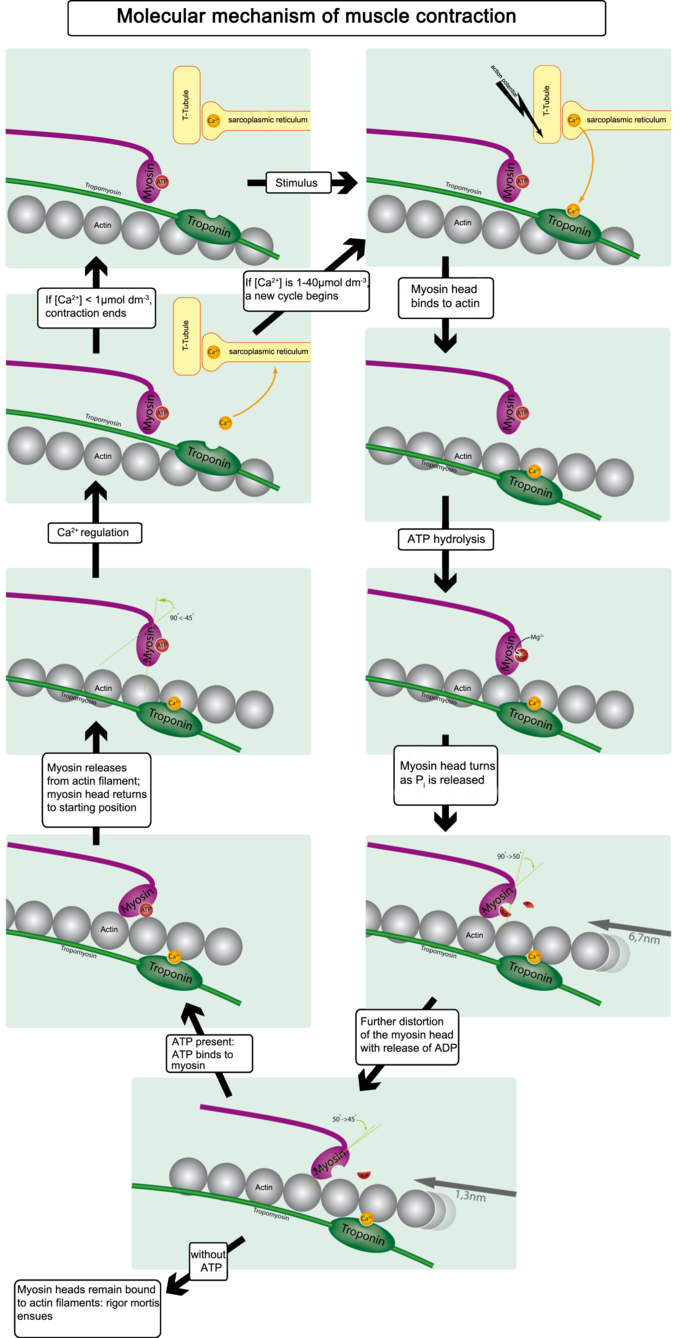 Figure 3. Muscle contraction and actin–myosin interactions: Skeletal muscle contracts following activation by an action potential. The binding of acetylcholine at the motor end plate leads to intracellular calcium release and interactions between myofibrils to elicit contraction.