The islets of Langerhans are the regions of the pancreas that contain many hormone-producing endocrine cells.

The pancreas is a glandular organ that belongs to both the digestive and the endocrine systems of vertebrates. It is an endocrine gland that produces several important hormones, including insulin, glucagon, somatostatin, and pancreatic polypeptide.

It is also a digestive, exocrine organ, that secretes pancreatic juice that contains digestive enzymes to assist with digestion and the absorption of nutrients in the small intestine. These enzymes help to further break down the carbohydrates, proteins, and lipids in the chyme.

The dark-stained cells form acini, connected to ducts. Acinar cells belong to the exocrine pancreas and secrete digestive enzymes into the gut via a system of ducts. 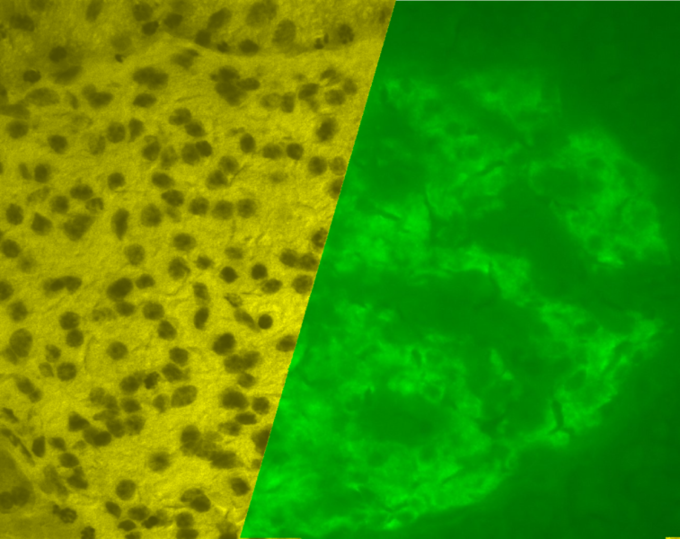 Islets of Langerhans: A porcine islet of Langerhans. On the left is a brightfield image created using hematoxylin stain; nuclei are dark circles and the acinar pancreatic tissue is darker than the islet tissue. The right image is the same section stained by immunofluorescence against insulin, indicating beta cells.

The islets of Langerhans can influence each other through paracrine and autocrine communication. The paracrine feedback system is based on the following correlations: