A circulatory anastomosis is a connection or looped interaction between two blood vessels. 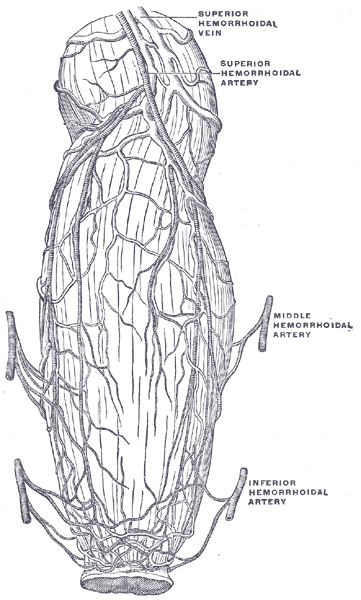 Anastomoses: The blood vessels of the rectum and anus, showing the distribution and anastomosis on the posterior surface near the termination of the gut.

Arterio-arterial anastomoses include actual joins (e.g. palmar arch, plantar arch) and potential ones, which may only function if the normal vessel is damaged or blocked (e.g. coronary arteries and cortical branch of cerebral arteries). Important examples include:

Pathological anastomoses result from trauma or disease and are usually referred to as fistulae. They can be very severe if they result in the bypassing of key tissues by the circulatory system.