The hepatic portal system is responsible for directing blood from parts of the gastrointestinal tract to the liver. 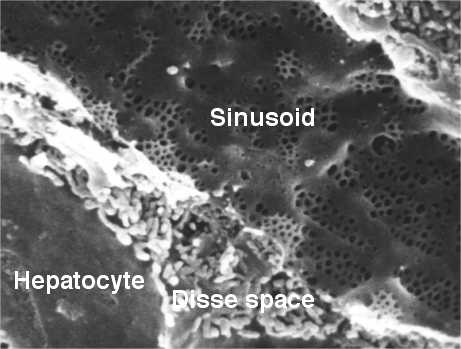 Rat Liver Sinusoid: Sinusoid of a rat liver with fenestrated endothelial cells. Fenestrae are approx 100nm diameter, and sinusoidal width 5 microns. Original mag 30,000x. Note the microvilli of hepatocytes in the space of Disse external to the endothelium.

The hepatic portal system is the system of veins comprising the hepatic portal vein and its tributaries. It is responsible for directing blood from the region of the gastrointestinal tract between the esophagus and rectum and also includes venous drainage from the supplementary organs such as the spleen and pancreas. It functions to supply the liver with metabolites and ensures that ingested substances are processed in the liver before reaching the systemic circulation, limiting the damage ingested toxins may cause.

The liver consumes about 20% of the total body oxygen when at rest. That is why the total liver blood flow is quite high at about 1 liter a minute and up to two liters a minute. That is about a quarter of the average cardiac output at rest. 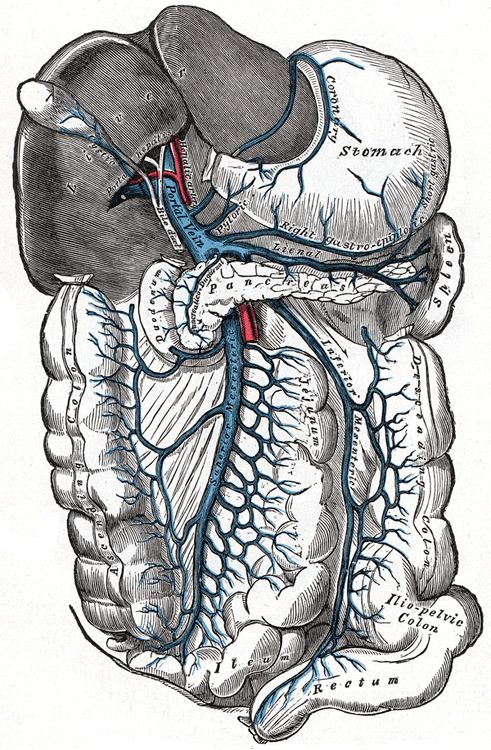