Inflammation is part of the biological response of vascular tissues to harmful stimuli.

Functions and Components of Inflammatory Response

The main function of inflammation is to trigger an immune response in an area of the body that needs it to fight off pathogens that may cause an infection or to help heal an injury. The main symptoms of acute inflammation are swelling, redness, pain, loss of function, and heat. Three components to the basic acute inflammatory response occur every time: vasodilation, increased vascular permeability, and migration of leukocytes to the affected tissues.

An inflammatory response can be caused by any of numerous inflammatory mediators released from innate immune system cells. The most common short term mediators are histamine and seratonin from mast cells, but bradykinin, complement proteins, some interleukins, prostaglandins, and TNF-alpha may also trigger inflammation from other types of cells. Circulating mast cells contain toll-like receptors, which can detect pathogen-associated molecular patterns (PAMPS) on the surface of pathogens and release an inflammatory mediator such as histamine in response. Alternatively, mast cells may release inflammatory mediators due to signals from damaged cells (which will release clotting factors) during trauma or injury.

After an inflammatory mediator is released in the bloodstream, a period of transient vasoconstriction, lasting only a few seconds, occurs. Then blood vessels expand to undergo vasodilation from the stimulus of the vasoactive inflammatory mediator, which increases blood flow to the area. This causes slowing and stasis of red blood cells, which can be involved in the clotting response needed to stop bleeding in the case of injury. Vasodilation is the reason for the redness, heat, and pain associated with inflammation.

The next step of acute inflammation is an increase in vascular permeability due to inflammatory mediator activity, which causes the blood vessels to become more permeable. Normally only water and small compounds can exit the bloodstream into the tissues, but during inflammation, large proteins in the bloodstream, such as serum albumins, can leak out and into the tissues. Water follows these proteins due to the force of oncotic pressure that the proteins exert. This is called exudate, a form of edema. As exudate accumulates within the tissues, they become swollen. The exudate may carry antimicrobial proteins and antibodies into the tissues, and stimulates lymphatic drainage.

Leukocyte Migration to the Tissues 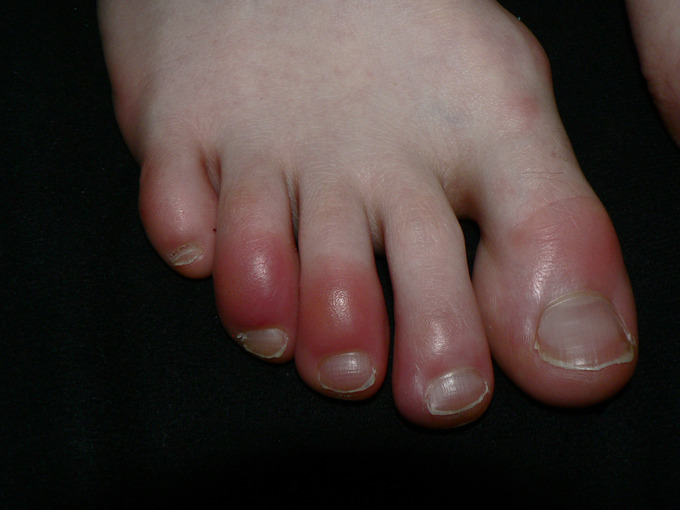