The human female reproductive system contains two main parts: the uterus and the ovaries, which produce a woman’s egg cells.

If, in this transit, it meets with sperm, the sperm penetrates and merges with the egg, fertilizing it. The fertilization usually occurs in the oviducts, but can happen in the uterus itself. The zygote then implants itself in the wall of the uterus, where it begins the process of embryogenesis and morphogenesis. When developed enough to survive outside the womb, the cervix dilates and contractions of the uterus propel the fetus through the birth canal (vagina).

The ova are larger than sperm and have formed by the time an anatomically female infant is born. Approximately every month, a process of oogenesis matures one ovum to be sent down the fallopian tube attached to its ovary in anticipation of fertilization. If not fertilized, this egg is flushed out of the system through menstruation. 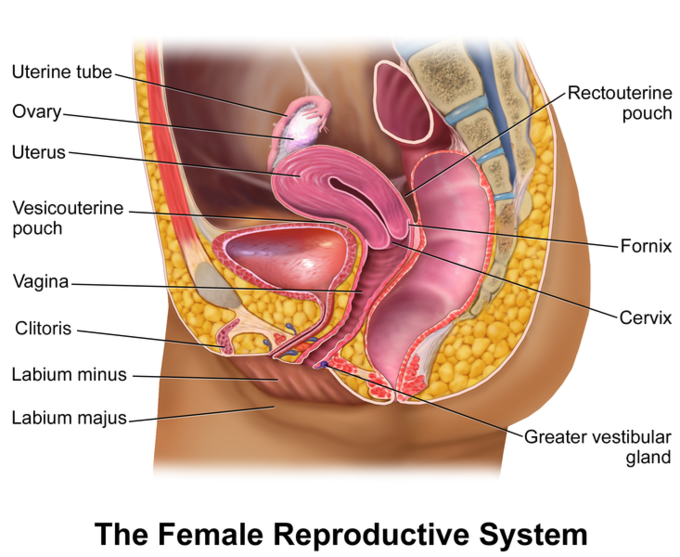