Peroxisomes neutralize harmful toxins and carry out lipid metabolism and oxidation reactions that break down fatty acids and amino acids.

A type of organelle found in both animal cells and plant cells, a peroxisome is a membrane-bound cellular organelle that contains mostly enzymes. Peroxisomes perform important functions, including lipid metabolism and chemical detoxification. They also carry out oxidation reactions that break down fatty acids and amino acids. 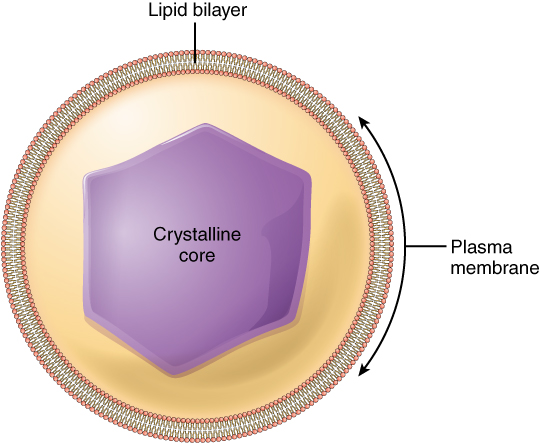 Peroxisomes: Peroxisomes are membrane-bound organelles that contain an abundance of enzymes for detoxifying harmful substances and lipid metabolism.

In contrast to the digestive enzymes found in lysosomes, the enzymes within peroxisomes serve to transfer hydrogen atoms from various molecules to oxygen, producing hydrogen peroxide (H2O2). In this way, peroxisomes neutralize poisons, such as alcohol, that enter the body. In order to appreciate the importance of peroxisomes, it is necessary to understand the concept of reactive oxygen species.

Reactive oxygen species (ROS), such as peroxides and free radicals, are the highly-reactive products of many normal cellular processes, including the mitochondrial reactions that produce ATP and oxygen metabolism. Examples of ROS include the hydroxyl radical OH, H2O2, and superoxide (O−2). Some ROS are important for certain cellular functions, such as cell signaling processes and immune responses against foreign substances. Many ROS, however, are harmful to the body. Free radicals are reactive because they contain free unpaired electrons; they can easily oxidize other molecules throughout the cell, causing cellular damage and even cell death. Free radicals are thought to play a role in many destructive processes in the body, from cancer to coronary artery disease.

Peroxisomes oversee reactions that neutralize free radicals. They produce large amounts of the toxic H2O2 in the process, but contain enzymes that convert H2O2 into water and oxygen. These by-products are then safely released into the cytoplasm. Like miniature sewage treatment plants, peroxisomes neutralize harmful toxins so that they do not cause damage in the cells. The liver is the organ primarily responsible for detoxifying the blood before it travels throughout the body; liver cells contain an exceptionally high number of peroxisomes.