A gap junction is a specialized cell junction that directly connects the cytoplasm of two cells.

Describe the characteristics of gap junctions

Gap junctions are also called communicating junctions, macula communicans, or nexuses. These are connections that allow for the direct passage of molecules between two cells.

Gap junctions consist of a number of transmembrane channels called pores that are found in a closely packed arrangement. The number of gap junctions shared between two cells can vary as well.

Each gap junction channel is made up of two half channels (hemichannels), one in each cell’s membrane. These half channels join together, bridge the extracellular space in the process, and form the entire channel that spans both cell membranes. 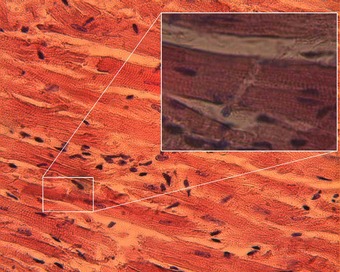 The molecules that may cross this channel include the likes of ions, regulatory proteins, and metabolites (products of metabolism). Examples of this includes calcium ions and cAMP (cyclic adenosine monophosphate).

Depending on the type of gap junction in question, molecules can pass evenly in both directions, or asymmetrically, so in some gap junctions the molecules will move in one direction faster than in the other direction.

The channels in a gap junction aren’t always open. They fluctuate between being open and closed. The ability of the channel to open or close is made possible in part to calcium ions, which induce a reversible conformational change in the connexin molecules, which leads to the closure of a channel at its extracellular surface. The cytoplasmic end of each connexon can also be closed, if necessary.

Gap junctions are found in many places throughout the body. This includes epithelia, which are the coverings of body surfaces, as well as nerves, cardiac (heart) muscle, and smooth muscle (such as that of the intestines).

Their primary role is to coordinate the activity of adjacent cells. For instance, when heart cells need to beat in unison, gap junctions allow for the transmission of electrical signals between the cells. 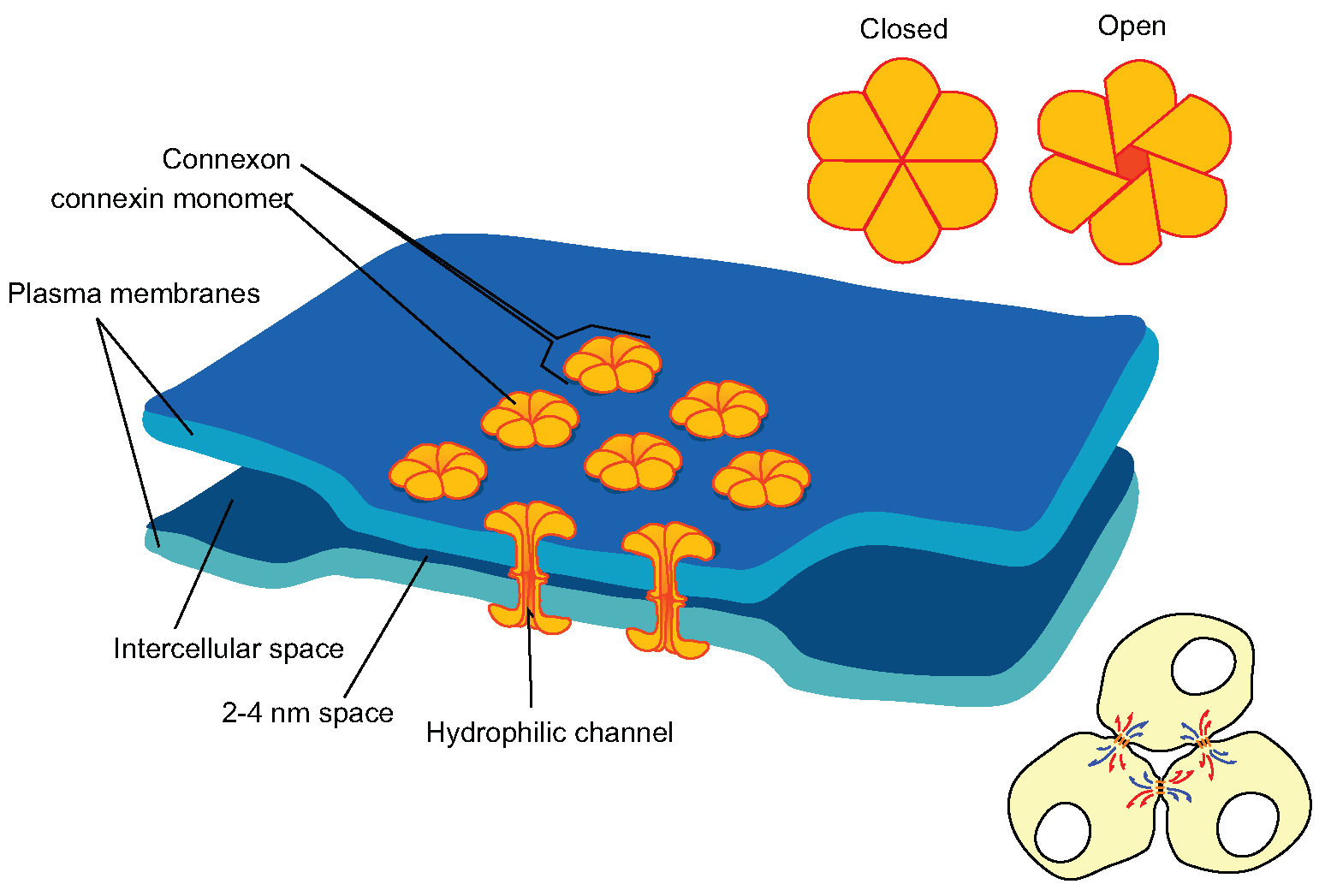 Gap junction: The major molecular components of the gap junction.