Three sets of muscles (popliteus, quadriceps and hamstrings) allow for movement, balance, and stability at the knee joint.

The tibiofemoral joint is relatively weak and easily damaged, so it relies on muscles and ligaments to ensure stability. When the knee is fully extended the femur rotates slightly on the tibia to lock the joint into place, allowing for efficient load bearing.

The patellofemoral has two key functions: increasing leverage of the quadriceps tendon to improve muscle stability and protecting the knee joint from damage.

Muscles that generate movement across the knee are mainly located in the thigh and can be split into anterior and posterior compartments. The popliteus muscle, located in the lower leg, is responsible for “unlocking” the knee joint after extension.

Anterior Muscles of the Thigh 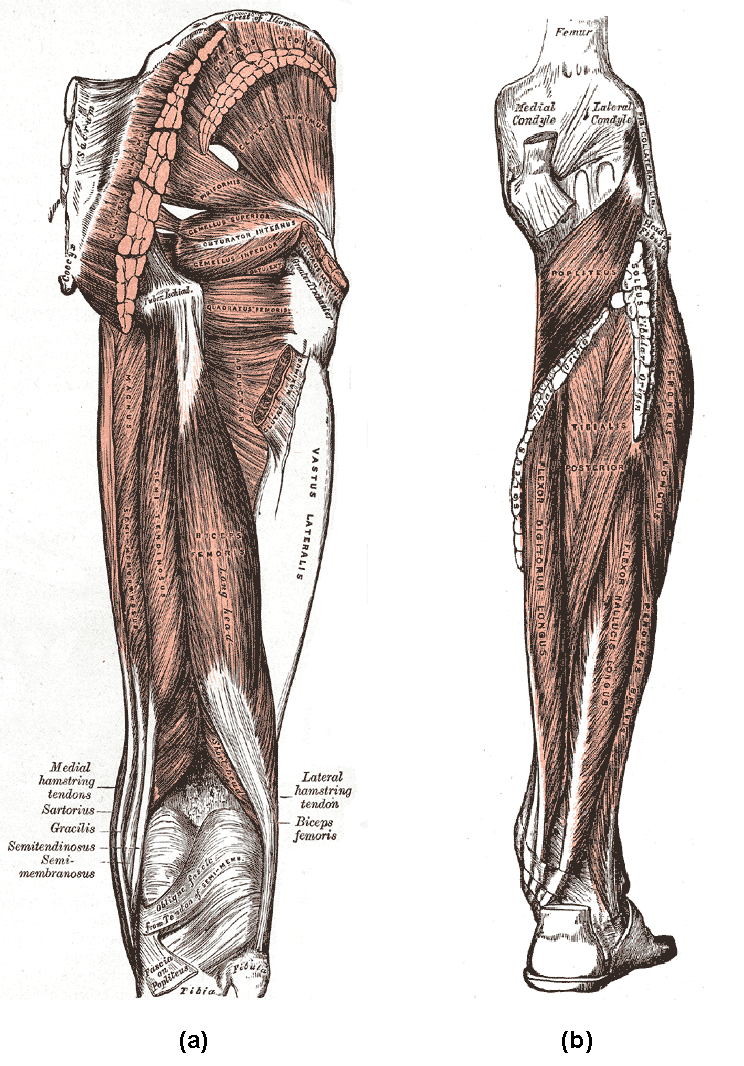 There are four muscles in anterior region of the thigh. The pectineus and iliopsoas muscles are responsible for movement at the hip and are discussed elsewhere.

Posterior Muscles of the Thigh