Mastication, or chewing, involves the adduction and lateral motions of the jaw bone. It is controlled by four muscles of the face.

Mastication, or the act of chewing, involves adduction and lateral motion of the jaw bone. It is controlled by four bilateral muscles in the face. The lower jaw, or mandible, connects to the temporal bone of the skull via the temporomandibular joint, which allows movement in all planes. 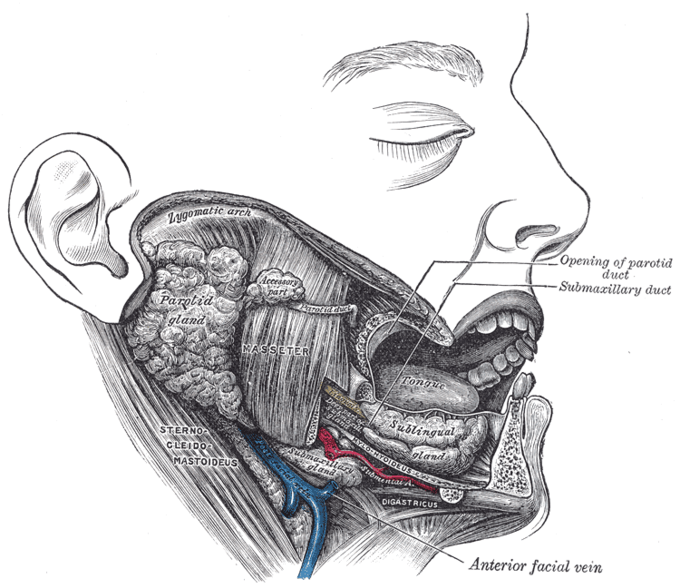