1. What is a hydrogen bond?

When an ionic compound, or salt, (e.g. NaCl) is placed in water, its ionic components (e.g. Na+ and Cl-) dissociate (separate) and water molecules surround each ion. This is shown in figure \(\PageIndex{2}\) below. The small positive charges on hydrogen atoms in water molecules attract the anions (Cl-), and the small negative charges on the oxygen atoms attract the cations (Na+). Thus, because water is a polar covalent liquid, many salts and some polar covalent molecules (e.g. glucose) tend to ‘dissolve’ in water, while non-polar covalent molecules (e.g. fat) do not. Figure \(\PageIndex{2}\) A sodium chloride crystal dissociates not into molecules of NaCl, but into Na+ cations and Cl– anions, each completely surrounded by water molecules.

1. What happens to an ionic compound (salt) when placed in water? 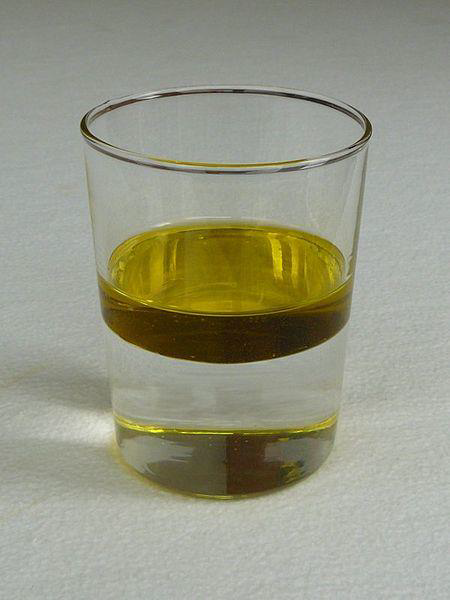 A mixture is a combination of two or more substances, where each substance maintains its own properties. When we mix sucrose (table sugar) with water, we have a liquid mixture. Water molecules have not changed, and sucrose molecules have not changed either; they are mixed together. Each one maintains its own chemical properties.

Most chemical reactions that happen inside and outside our body occur among compounds dissolved in water. For this is reason water is considered the “universal solvent”. Figure \(\PageIndex{4}\) A saline water solution can be prepared by dissolving table salt (NaCl) in water. Salt is the solute and water the solvent.