Muscle contractions are defined by the changes in the length of the muscle during contraction.

isometric: Of or involving muscular contraction against resistance in which the length of the muscle remains the same.

concentric: (Of a motion), in the direction of contraction of a muscle. (E.g., extension of the lower arm via the elbow joint while contracting the triceps and other elbow extensor muscles.

eccentric: Against or in the opposite direction of contraction of a muscle. (E.g., flexion of the lower arm (bending of the elbow joint) by an external force while contracting the triceps and other elbow extensor muscles to control that movement.

An example of this in the context of a bench press would be that a yielding isometric would be holding the bar at a given place even though it could be pressed higher, and an overcoming would be pressing the bar up into the safety guards of a squat cage that prevent pushing the bar any higher.

Muscle fiber generates tension through the action of actin and myosin cross-bridge cycling. While under tension, the muscle may lengthen, shorten, or remain the same. Although the term contraction implies shortening, when referring to the muscular system, it means muscle fibers generating tension with the help of motor neurons. Several types of muscle contractions occur and they are defined by the changes in the length of the muscle during contraction.

This occurs throughout the length of the muscle, generating force at the musculo-tendinous junction; causing the muscle to shorten and the angle of the joint to change. For instance, a concentric contraction of the biceps would cause the arm to bend at the elbow as the hand moves from near to the leg to close to the shoulder (a biceps curl). A concentric contraction of the triceps would change the angle of the joint in the opposite direction, straightening the arm and moving the hand toward the leg.

In contrast to isotonic contractions, isometric contractions generate force without changing the length of the muscle . This is typical of muscles found in the hands and forearm: the muscles do not change length, and joints are not moved, so force for grip is sufficient. An example is when the muscles of the hand and forearm grip an object; the joints of the hand do not move, but muscles generate sufficient force to prevent the object from being dropped. 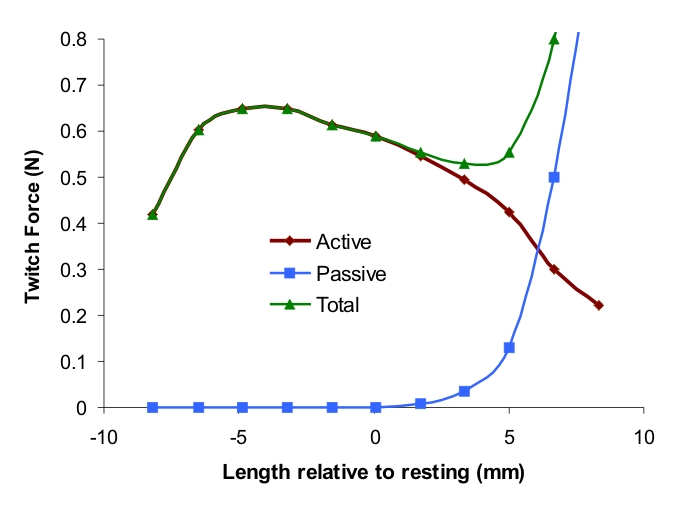