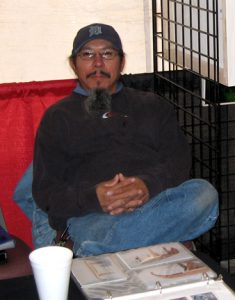 Fred is a 57 year old male. He was born on a First Nations reserve and is from the Coast Salish Nation. He lives with his partner, Eric. They have been together for six years and they are planning their wedding which is set to occur in six weeks. They have no children, but they have a black Labrador named Sam. Fred’s parents live in another province and they didn’t see Fred for many years after he told them that he was homosexual. They are, however, finally coming to terms with his relationship with Eric and have promised to be at the wedding.

Fred has a history of hypertension. He is constantly watching his diet and exercise, and trying to keep his weight down. He had an appendectomy as a child, but has had no other surgeries.

Fred enjoys reading, walking, and cooking. He smokes about one pack of cigarettes a day, but he is constantly trying to quit. Eric disapproves of Fred’s smoking and is always encouraging him to stop or at least cut back on the number of cigarettes he smokes.

Fred Johnson: Photo by Uyvsdi is in the public domain.