We know far less about manganese than many other minerals. Like many minerals, it serves as a cofactor for a number of enzymes that are discussed in more detail below.

The enzyme superoxide dismutase uses manganese as a cofactor to convert superoxide to hydrogen peroxide as shown below. Figure 10.21 Antioxidant enzymes that use minerals as cofactors

In addition, both the enzymes involved in the gluconeogenesis oxaloacetate workaround use manganese as cofactors as shown below. 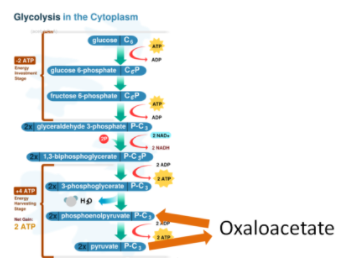 Figure 10.22 Both enzymes of the oxaloacetate workaround in gluconeogenesis use manganese as cofactors1

One enzyme in the urea cycle uses manganese as a cofactor. Figure 10.23 Production of urea helps to safely remove ammonia from the body2-4

Enzymes critical to the production of proteoglycans, which are essential components of cartilage and bone, use manganese as a cofactor5. Figure 10.24 Cartilage serves as a cushion between joints6

Absorption of manganese is not well understood but is believed to be pretty low (<5%). The main route (90%) of excretion is via bile excreted in feces5. Deficiency and toxicities of manganese are extremely rare. The deficiency is so rare in humans that there isn't much information available on the symptoms of the condition. Symptoms in those who were deliberately made deficient include vomiting, dermatitis, changes in hair color, & skeletal defects5. Toxicity symptoms include neurological disorders similar to schizophrenia and Parkinson's disease. In Chilean miners exposed to Mn-containing dust the toxicity was named Manganese Madness7,8.