Although optogenetics provides a superior level of temporal (it’s quick – you flash on pulses of light to elicit immediate activity) and spatial control of a neuronal circuit, it requires specialized fibre optic cables (also called optrodes), lasers and actuators. As such, this can lead to higher than expected costs as well as a significant investment of time and training.

Another precision method for examining the function of specific groups of neurons within a known circuit to alter behaviour is known as chemogenetics or pharmacogenetics. Instead of using light, unique and specific drugs can activate exogenously expressed receptors. The most popular of these precision pharmacogenetic techniques is known as DREADDs. This is an acronym for Designer Receptor Exclusively Activated by a Designer Drug and as mentioned above this requires the incorporation of a synthetic receptor (from the hMxDx family from the Acetylcholinergic muscarinic receptor) into an animal’s genome and the neuronal function is controlled by the synthetic ligand clozapine-N-oxide (CNO). As with optogenetics, the experimenter decides which neurons (or other cells within the nervous system) have the machinery to express the receptor and once expressed, DREADDs may be used to tightly control neuronal activity. 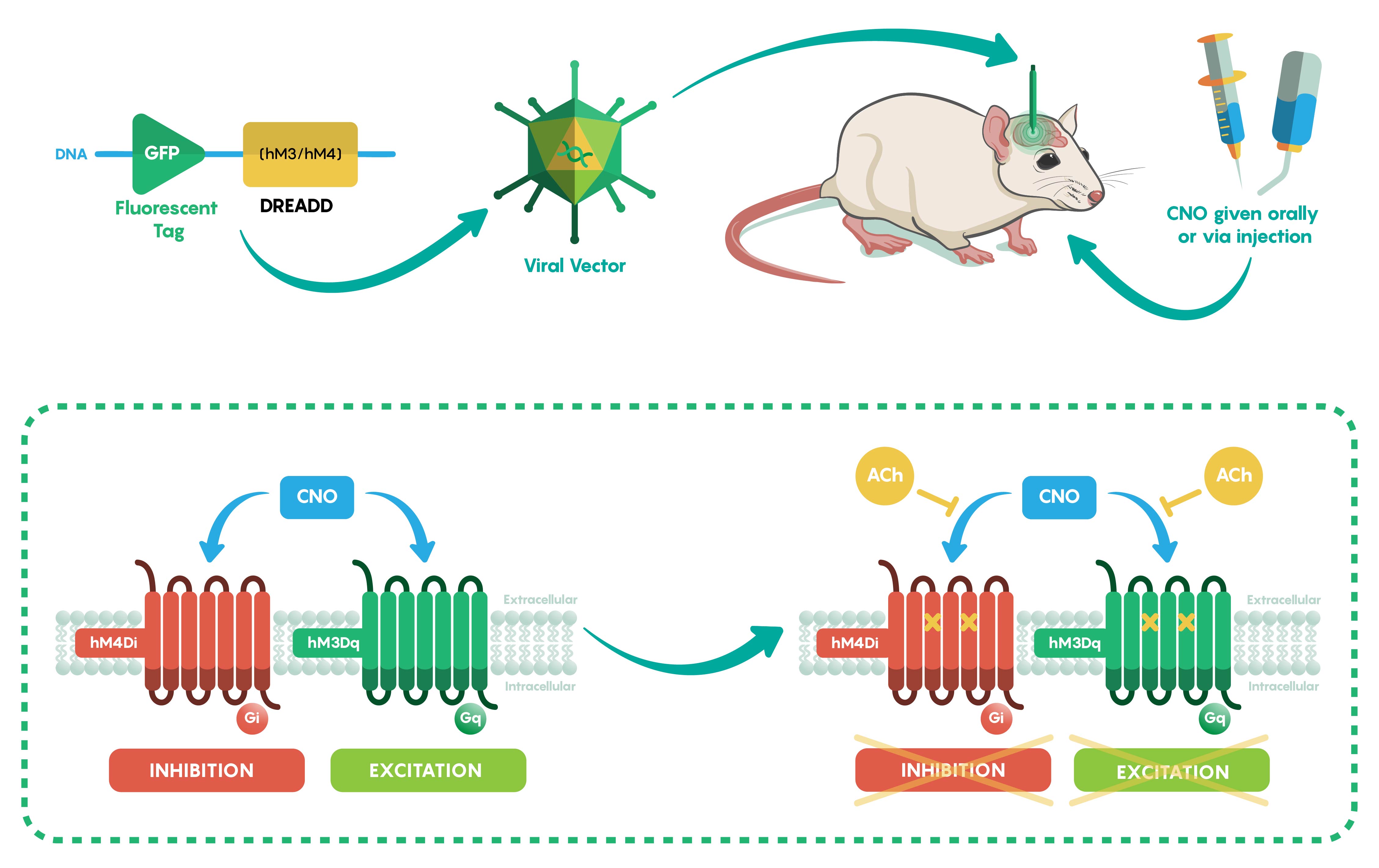 Figure \(\PageIndex{1}\). Schematic overview of how different variants of DREADDs (hM3Dq and hM4Di) can be used to activate and also inhibit groups of neurons using CNO. The figure also shows achetylcholine’s (ACh) inhibitory effects on CNO.

Similar to optogenetics, different DREADDs, once expressed on the appropriate groups of neurons can both cause excitation (HM3D) of the neurons or their inhibition (HM4D) in the presence of CNO. Importantly CNO can be injected into the test animal or be added to their drinking water so there is no requirement for any additional equipment. As CNO is a compound that is designed to work specifically on DREADDs, it was thought that there would be no activation of any endogenous receptors that were not genetically engineered.

However, a recent report in 2017 by Gomez et al., in the journal Science (ref), suggested that CNO was metabolized in peripheral tissues and formed the metabolite clozapine. Clozapine can bind to a number of different serotonergic, dopaminergic and adrenergic receptors within the brain, and it was suggested by Gomez et al., that care should be taken when interpreting behavioural data using the CNO-DREADD system. 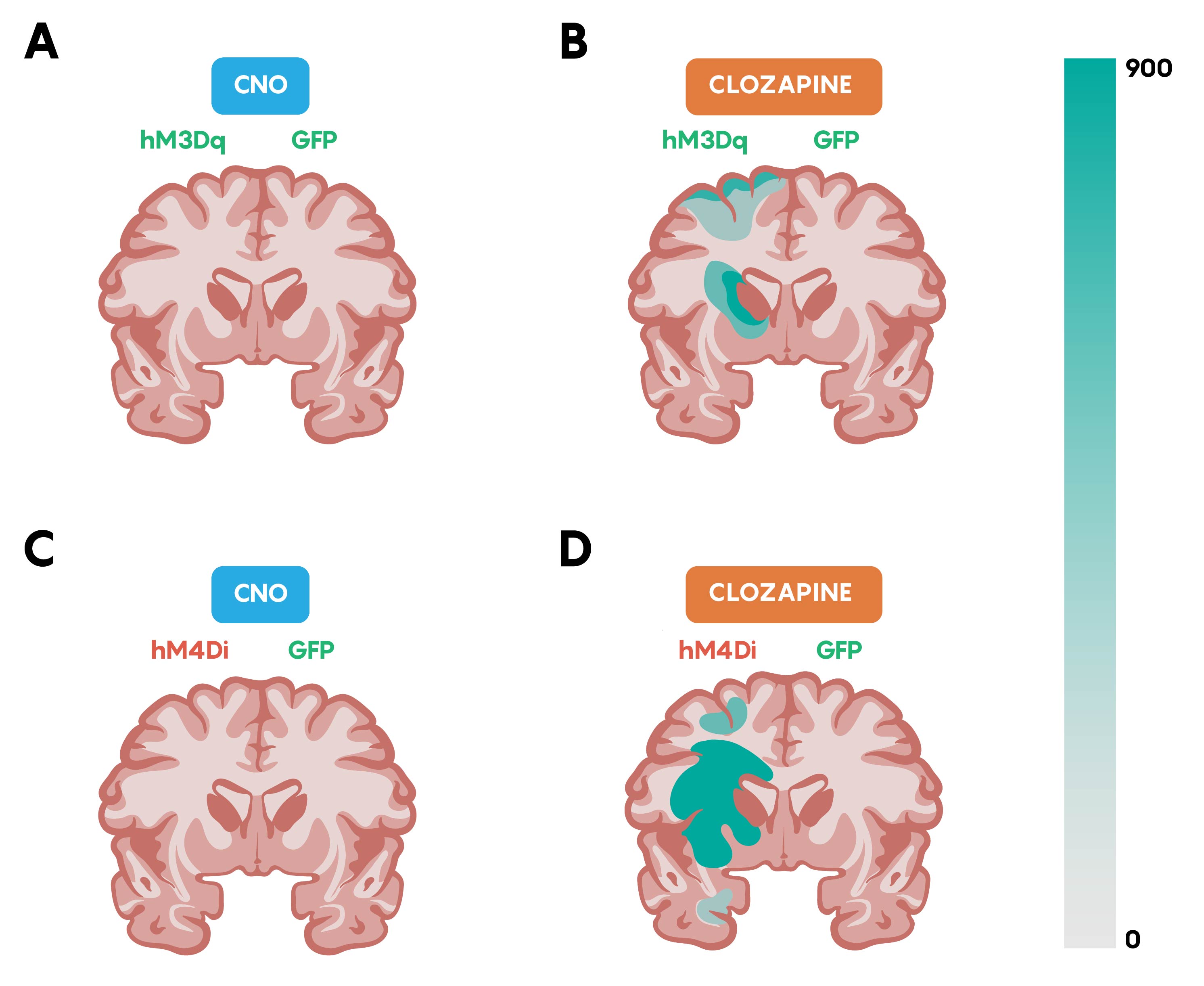 Figure \(\PageIndex{2}\). Figure adapted from Gomez et al., showing the lack of relative binding of the ligand CNO (A and C) to the DREADDs versus the metabolite clozapine which shows significant binding to the same DREADDs (B and D) as indicated by the darker intensity stains.