It is only when you examine kidneys under the microscope that you find that their structure is not simple at all. The cortex and medulla are seen to be composed of masses of tiny tubes. These are called kidney tubules or nephrons (see diagrams 12.5 and 12.6). A human kidney consists of over a million of them. 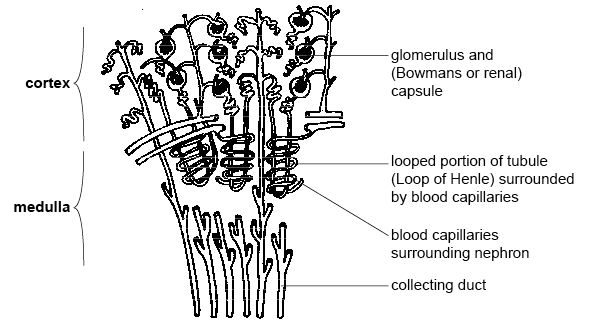 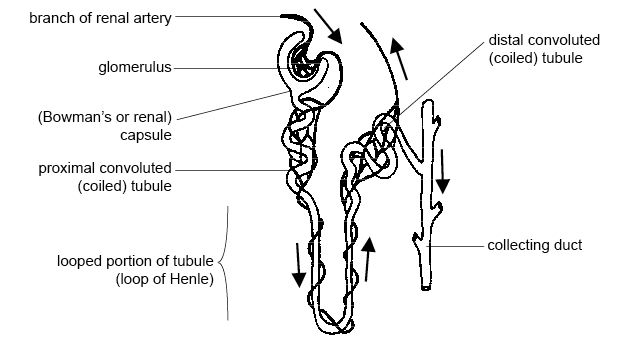 Diagram 12.6 - A kidney tubule or nephron

At one end of each nephron, in the cortex of the kidney, is a cup shaped structure called the (Bowman’s or renal) capsule. It surrounds a tuft of capillaries called the glomerulus that carries high-pressure blood. Together the glomerulus and capsule act as a blood-filtering device (see diagram 12.7). The holes in the filter allow most of the contents of the blood through except the red and white cells and large protein molecules. The fluid flowing from the capsule into the rest of the kidney tubule is therefore very similar to blood plasma and contains many useful substances like water, glucose, salt and amino acids. It also contains waste products like urea.

Processes Occurring In The Nephron

Note that the glomerulus, capsule and both coiled parts of the tubule are all situated in the cortex of the kidney while the loops of Henle and collecting ducts make up the medulla (see diagram 12.5).

As the fluid flows along the proximal convoluted tubule useful substances like glucose, water, salts, potassium ions, calcium ions and amino acids are reabsorbed into the blood capillaries that form a network around the tubules. Many of these substances are transported by active transport and energy is required. 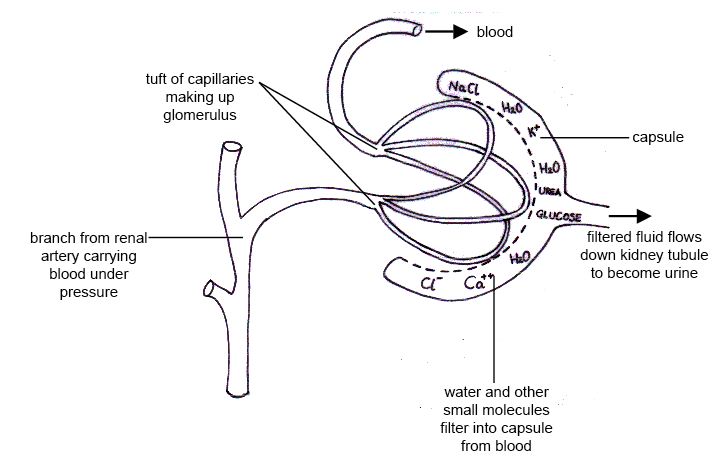 Diagram 12.7 - Filtration in the glomerulus and capsule

In a separate process, some substances, particularly potassium, ammonium and hydrogen ions, and drugs like penicillin, are actively secreted into the distal convoluted tubule.

Normal urine consists of water, in which waste products such as urea and salts such as sodium chloride are dissolved. Pigments from the breakdown of red blood cells give urine its yellow colour.

The Production Of Concentrated Urine

Because of the high pressure of the blood in the glomerulus and the large size of the pores in the glomerulus/capsule-filtering device, an enormous volume of fluid passes into the kidney tubules. If this fluid were left as it is, the animal’s body would be drained dry in 30 minutes. In fact, as the fluid flows down the tubule, over 90% of the water in it is reabsorbed. The main part of this reabsorption takes place in the collecting tubes. 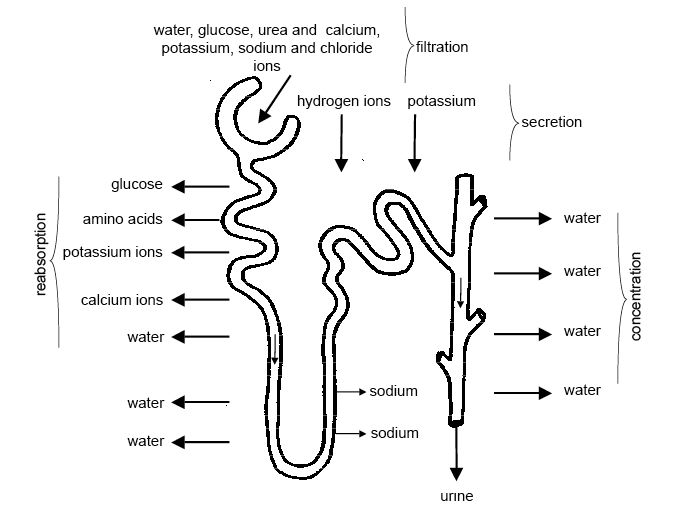 Diagram 12.8 - Summary of the processes involved in the formation of urine