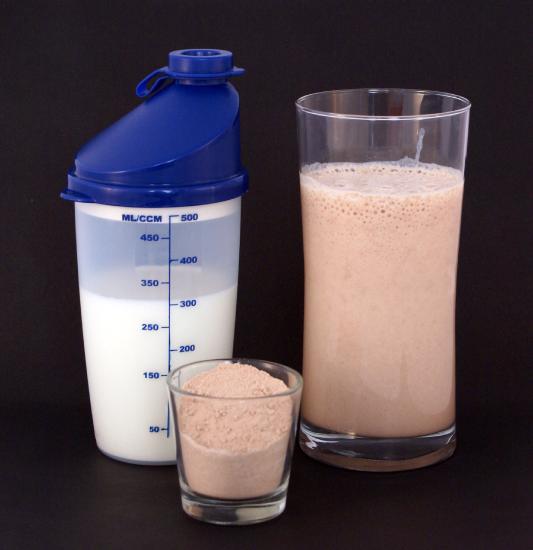 Figure 5.1.1 Is protein supplement consumption a healthy way to supply your body with this vital macronutrient? Protein milkshakes, made from protein powder (center) and milk (left), are a common bodybuilding supplement. Image used with permission (CC-SA-BY 3.0; Sandstein).

Although the great philosophers, ancient Olympic athletes, and Roman gladiators saw vegetarianism as a means of maintaining optimal health, it took a while for the vegetarian dietary pattern to catch on in America. In 1987, John Robbins wrote Diet for a New America and popularized the vegan diet first introduced by Jay Dinshah in the United States in 1960. In the early 1990s, Dr. John McDougall wrote a series of books that promoted vegan dietary regimens to ward off chronic disease. Also during the 1990s, scientific evidence accumulated that supported that diets consisting of too much red meat were linked to chronic disease. This prompted many health organizations, such as the Academy of Nutrition and Dietetics (AND) and the American Heart Association (AHA), to issue statements endorsing the health benefits of vegetarian diets. These statements can be read at http://www.eatright.org/about/content.aspx?id=8357 and http://bit.ly/O2VQkC.