In a small town in the Appalachian Mountains, Joseph Lodge founded Lodge Iron Cookware in 1896. Today it is still a family-run business that provides Americans with pioneer-style iron cookware. Iron cookware was, and still is, prized for its heat retention, even heating, and durability. In fact, many pans sold one hundred years ago are still in use today. Unbeknownst to the American pioneers, the cookware also leaches iron, an essential mineral, into foods as they are cooked in cast-iron hardware.

Iron has several vital functions in the body. Primarily it is the oxygen carrier of the protein hemoglobin, which is found in red blood cells. Oxygen is essential for cellular metabolism. A reduction in the oxygen-carrying capacity of red blood cells hampers the synthesis of energy and consequently cell function. Additionally, iron is required for energy production and enzymatic synthesis of RNA and DNA. Therefore cells that are rapidly dividing are acutely sensitive to an iron deficiency. Since red blood cells are under a constant state of renewal in the body, low iron levels impede their synthesis, eventually causing anemia. A person with anemia experiences fatigue, shortness of breath, dizziness, muscle weakness, and pale skin. In infants and children iron-deficiency anemia can impair growth, motor control, mental functioning, behavior, and performance in school. Iron deficiency is the number-one nutritional deficiency in the world, and even in America it affects 10 percent of women of childbearing age and many infants, children, and adolescents. 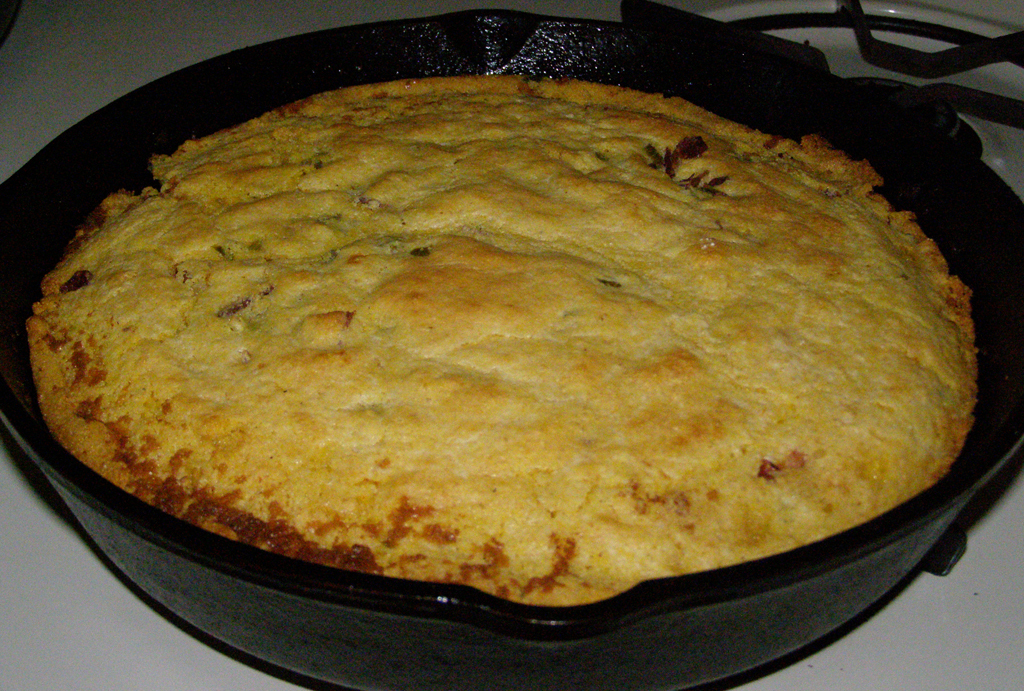 Figure \(\PageIndex{1}\): Mmm, cornbread cooked in a cast iron skillet—the smell and taste of cooking on the range. Can this also be an iron-friendly meal? Image used with prmission (Cc BY-CS 3.0; Zankopedia).

Video \(\PageIndex{1}\): How to Get Iron into Your Diet. View this video for simple steps you can take to obtain and maintain healthy iron levels in your body.