The small intestine is the major site of protein digestion by proteases (enzymes that cleave proteins). The pancreas secretes a number of proteases as zymogens into the duodenum where they must be activated before they can cleave peptide bonds1. This activation occurs through an activation cascade. A cascade is a series of reactions in which one step activates the next in a sequence that results in an amplification of the response. An example of a cascade is shown below. Figure 3.431 An example of a cascade, with one event leading to many more events

In this example, A activates B, B activates C, D, and E, C activates F and G, D activates H and I, and E activates K and L. Cascades also help to serve as control points for certain process. In the protease cascade, the activation of B is really important because it starts the cascade.

The protease/colipase activation scheme starts with the enzyme enteropeptidase (secreted from the intestinal brush border) that converts trypsinogen to trypsin. Trypsin can activate all the proteases (including itself) and colipase (involved in fat digestion)1 as shown in the 2 figures below. 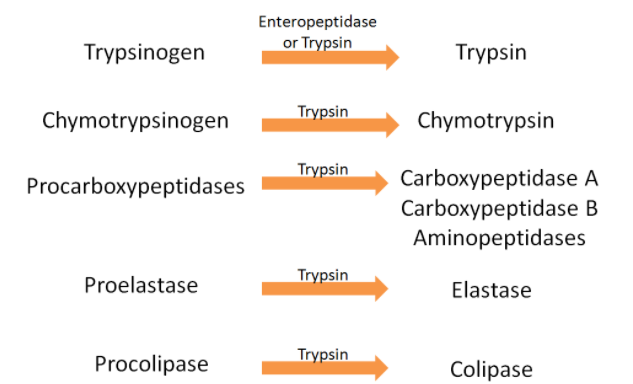 The products of the action of the proteases on proteins are dipeptides, tripeptides, and individual amino acids, as shown below. 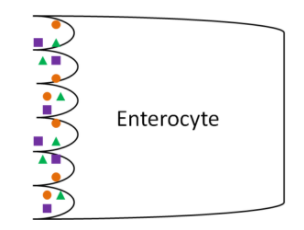 Figure 3.435 Peptidases are produced by the brush border to cleave some peptides into amino acids