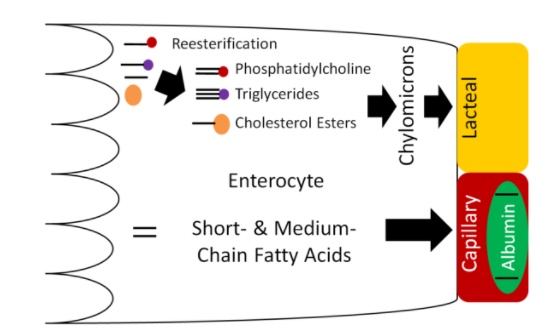 The lymphatic system enters general circulation through the thoracic duct that enters the left subclavian vein as shown below. General in this case means that it is not directed to the liver like other components that have been absorbed.