Copper has a number of functions that are described and shown below.

Two copper-containing proteins, ceruloplasmin and hephaestin, oxidize Fe2+ to Fe3+. Fe3+ is the form that binds to transferrin, as shown below1. 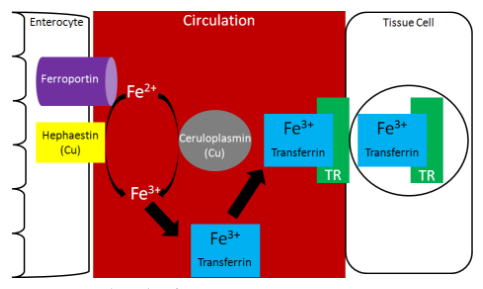 Figure 12.911 Transport and uptake of iron

Because copper is needed for this function, it is important for iron absorption. Copper is also a cofactor for superoxide dismutase, which converts superoxide to hydrogen peroxide, as shown below. 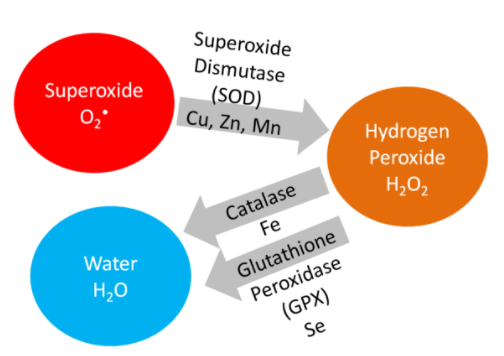 Copper is also needed for hormone synthesis. For example, it is a cofactor for dopamine beta-hydroxylase, which converts dopamine to norepinephrine, as shown below1. Cytochrome c oxidase (complex IV) in the electron transport chain is a copper-containing enzyme that reduces oxygen to form water, as shown below1.

Lysyl oxidase, an enzyme that is important for cross-linking between structural proteins (collagen and elastin), requires copper as a cofactor1.