Acetylcholine is a neurotransmitter in the central and peripheral nervous systems that affects plasticity, arousal, and reward.

Acetylcholine was first identified in 1914 by Henry Hallett Dale for its actions on heart tissue. It was confirmed as a neurotransmitter by Otto Loewi, who initially gave it the name Vagusstoff because it was released from the vagus nerve. They jointly received the 1936 Nobel Prize in physiology or medicine for their work. Acetylcholine was also the first neurotransmitter to be identified. 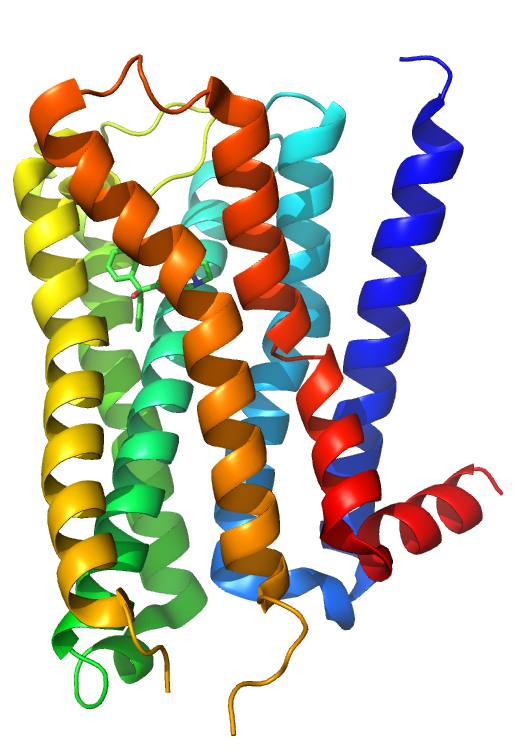 In the central nervous system, ACh has a variety of effects as a neuromodulator for plasticity, arousal, and reward. ACh has an important role in the enhancement of sensory perceptions when we wake up and in sustaining attention.

In the cerebral cortex, tonic ACh inhibits layer 4 neurons, the main targets of thalamocortical inputs while exciting pyramidal cells in layers 2/3 and 5. This filters out weak sensory inputs in layer 4 and amplifies inputs that reach the layers 2/3 and layer 5 excitatory microcircuits.

As a result, these layer-specific effects of ACh might function to improve the signal-to-noise ratio of cortical processing. At the same time, acetylcholine acts through nicotinic receptors to excite certain groups of inhibitory interneurons in the cortex that further dampen cortical activity.

Nicotinic acetylcholine receptors: These schematics describe the heteromeric and homomeric nature of nAChRs. The heteromeric receptors found in the central nervous system are made up of 2 α and 3 β subunits with the binding site at the interface of α and adjacent subunit. Homomeric receptors contain 5 identical subunits and have 5 binding sites located at the interfaces between adjacent subunits.

One well-supported function of ACh in the cortex is an increased responsiveness to sensory stimuli, a form of attention. Phasic increases of ACh during visual, auditory, and somatosensory stimulus presentations have been found to increase the firing rate of neurons in the corresponding primary sensory cortices.

When cholinergic neurons in the basal forebrain are lesioned, animals’ ability to detect visual signals was robustly and persistently impaired. In that same study, an animals’ ability to correctly reject non-target trials was not impaired, further supporting the interpretation that phasic ACh facilitates responsiveness to stimuli.

ACh has been implicated in reporting expected uncertainty in the environment, based both on the suggested functions listed above and results recorded while subjects perform a behavioral cuing task. Reaction time differences between correctly cued trials and incorrectly cued trials, called the cue validity, was found to vary inversely with ACh levels in primates with pharmacologically and surgically altered levels of ACh. The result was also found in Alzheimer’s disease patients and smokers after nicotine (an ACh agonist) consumption.

Acetylcholine is synthesized in certain neurons by the enzyme choline acetyltransferase from the compounds choline and acetyl-CoA. Cholinergic neurons are capable of producing ACh.

An example of a central cholinergic area is the nucleus basalis of Meynert in the basal forebrain. The enzyme acetylcholinesterase converts acetylcholine into the inactive metabolites choline and acetate. This enzyme is abundant in the synaptic cleft, and its role in rapidly clearing free acetylcholine from the synapse is essential for proper muscle function.

Certain neurotoxins work by inhibiting acetylcholinesterase, leading to excess acetylcholine at the neuromuscular junction. This results in paralysis of the muscles needed for breathing and stops the beating of the heart.