The cardiovascular system plays a role in body maintenance by transporting hormones and nutrients and removing waste products.

The cardioaccelerator center stimulates cardiac function by regulating heart rate and stroke volume via sympathetic stimulation from the cardiac accelerator nerve. The cardioinhibitor center slows cardiac function by decreasing heart rate and stroke volume via parasympathetic stimulation from the vagus nerve. The vasomotor center controls vessel tone or contraction of the smooth muscle in the tunica media. Changes in diameter affect peripheral resistance, pressure, and flow, which in turn affect cardiac output. The majority of these neurons act via the release of the neurotransmitter norepinephrine from sympathetic neurons. Although each center functions independently, they are not anatomically distinct. 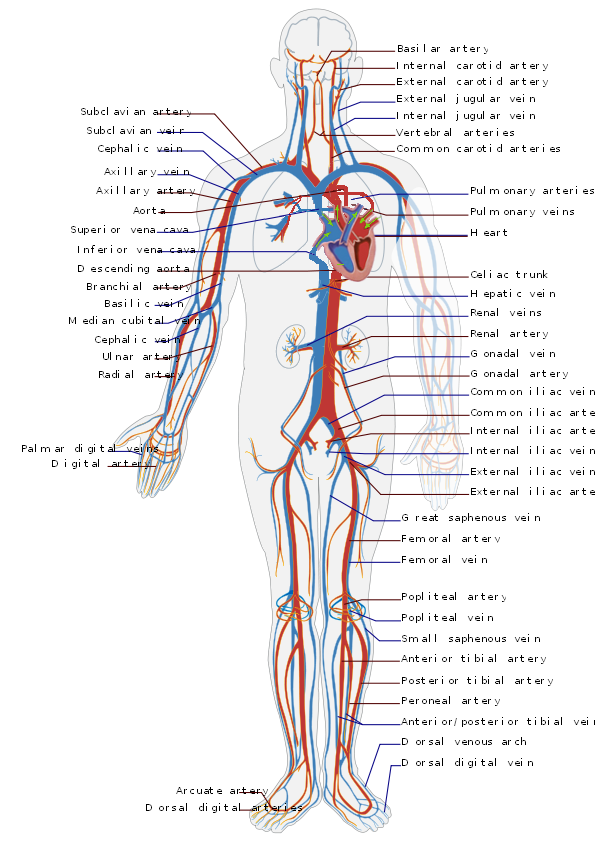