One of the metabolic functions of the skin is the production of vitamin D3 when ultraviolet light reacts with 7-dehydrocholesterol.

What is Vitamin D?

Vitamin D refers to a group of fat-soluble steroids responsible for increasing intestinal absorption of calcium, iron, magnesium, phosphate, and zinc. In humans, the most important compounds in this group are vitamin D3 (also known as cholecalciferol) and vitamin D2 (ergocalciferol). Cholecalciferol and ergocalciferol can be ingested from the diet and from supplements, however very few foods are rich in vitamin D; and so synthesis within the skin is a key source. 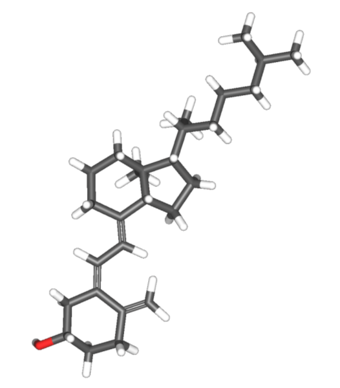 The human skin consists of three major layers: the epidermis, dermis, and hypodermis. The epidermis forms the outermost layer, providing the initial barrier to the external environment. Beneath this, the dermis comprises two sections, the papillary and reticular layers, and contains connective tissues, vessels, glands, follicles, hair roots, sensory nerve endings, and muscular tissue. The deepest layer is the hypodermis, which is primarily made up of adipose tissue.

Vitamin D is produced in the two innermost strata of the epidermis, the stratum basale and stratum spinosum.

Vitamin D3 is made in the skin when the 7-dehydrocholesterol reacts with ultraviolet light of UVB type at wavelengths between 280 and 315 nm, with peak synthesis occurring between 295 and 297 nm.

Depending on the intensity of UVB rays and the minutes of exposure, an equilibrium can develop in the skin, and vitamin D degrades as fast as it is generated.
Vitamin D from the diet or that is synthesized by the body is biologically inactive; activation requires enzymatic conversion in the liver and kidney. 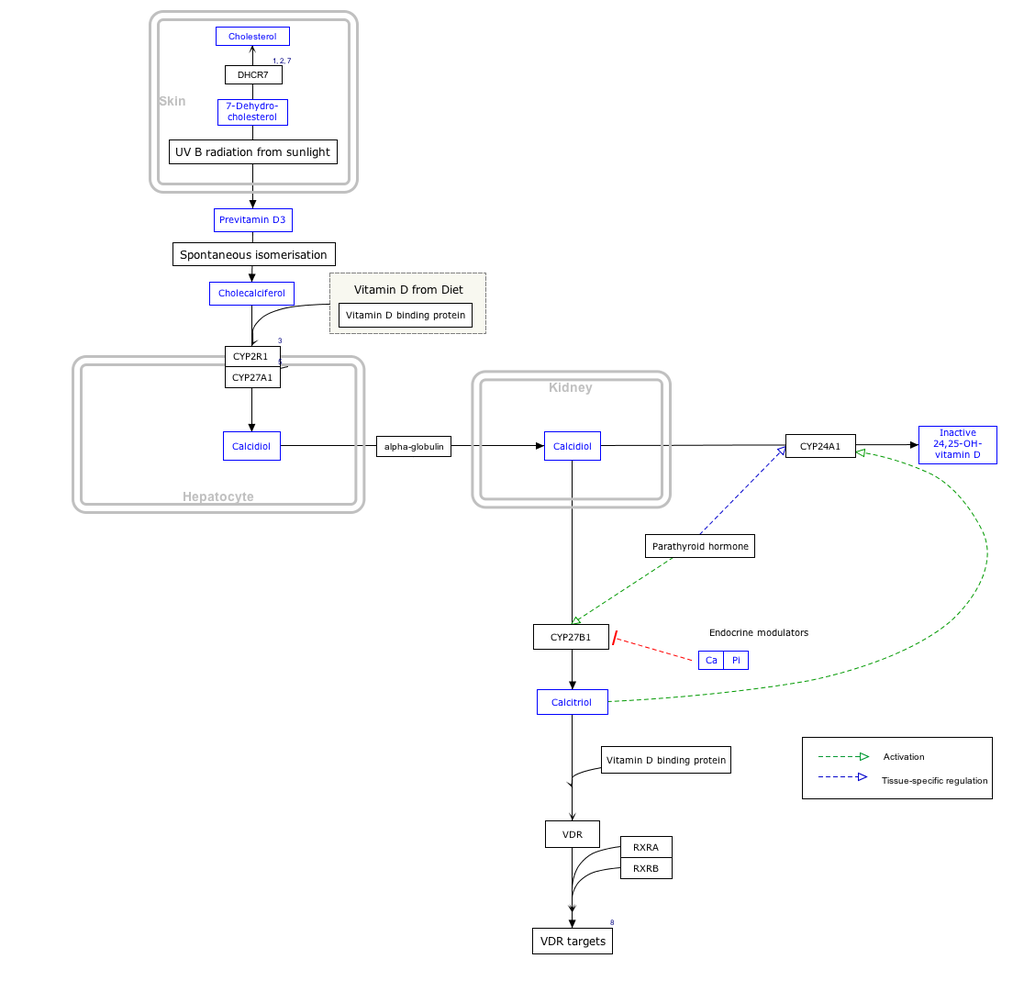