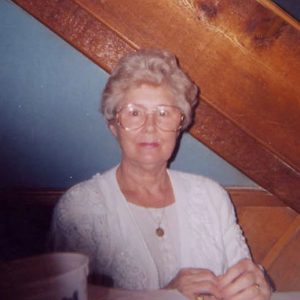 Erin Johns is 74 years old. She is widowed with four children, one of whom lives at home with her in their original family home in a small city in northern British Columbia. Two of Erin’s children live within a one-hour drive from her, and one lives a three-hour flight away. She also has 10 grandchildren and one great grandchild. Erin communicates with her grandchildren by telephone and Skype using her iPad. Erin describes herself as a non-smoker, but she smoked socially when she was in her early twenties for about five years. She is a retired hairdresser. Erin also has a small hairless Chihuahua named Trixie. Erin spends her time socializing at her local community centre with her friends, and she likes to play Bingo. At home, she enjoys watching Netflix and playing “Solitaire and Scrabble with friends” on her iPad. Erin tends to feel down when she thinks about her lower financial status and her advancing age, and how she is becoming more forgetful and less energetic. She often feels alone but is grateful to have the company of Trixie and the few friends she has left who are still alive. She worries about falling and not being able to alert anyone to come to her rescue. Driving is becoming hard for her, and she finds getting to the clinic and picking up her medications more and more challenging, especially now that she doesn’t have her own doctor anymore and she needs to go to the walk-in clinic.