Food is any nutritious substance that people or animals eat or drink, or that plants absorb, in order to maintain life and growth. Americans are bombarded with television programs that show where to find the best dinners, pizzas, and cakes, and the restaurants that serve the biggest and juiciest burgers. Other programs feature chefs battling to prepare meals, and the top places to burst your belly from consuming atomic chicken wings and deli sandwiches longer than a foot. There are also shows that feature bizarre foods from cultures around the world. How do you use the information from popular network food shows to build a nutritious meal? You don’t—these shows are for entertainment. The construction of a nutritious meal requires learning about which foods are healthy and which foods are not, how foods and nutrients function in your body, and how to use scientific resources. This text is designed to provide you with the information necessary to make sound nutritional choices that will optimize health and help prevent disease. Figure 1.2.1 The Nutrition Facts panel provides information to help you select foods so you can fill your plate wisely. © Shutterstock Although the wide distribution of dietary guidelines did not come about until the 1980s, many historical events that demonstrated the importance of diet to health preceded their release. Assessments of the American diet in the 1930s led President Franklin D. Roosevelt to declare in his inaugural address on January 20, 1937, “I see one-third of our nation is ill-housed, ill-clad, and ill-nourished.” From the time of Atwater until the onset of the Great Depression, nutrition scientists had discovered many of the vitamins and minerals that are essential for the functioning of the human body. Their work and the acknowledgment by President FDR of the nutritional inadequacy of the American diet evoked a united response from scientists and government, leading to the enrichment of flour, the development of school lunch programs, and advancements of nutritional education in this country. 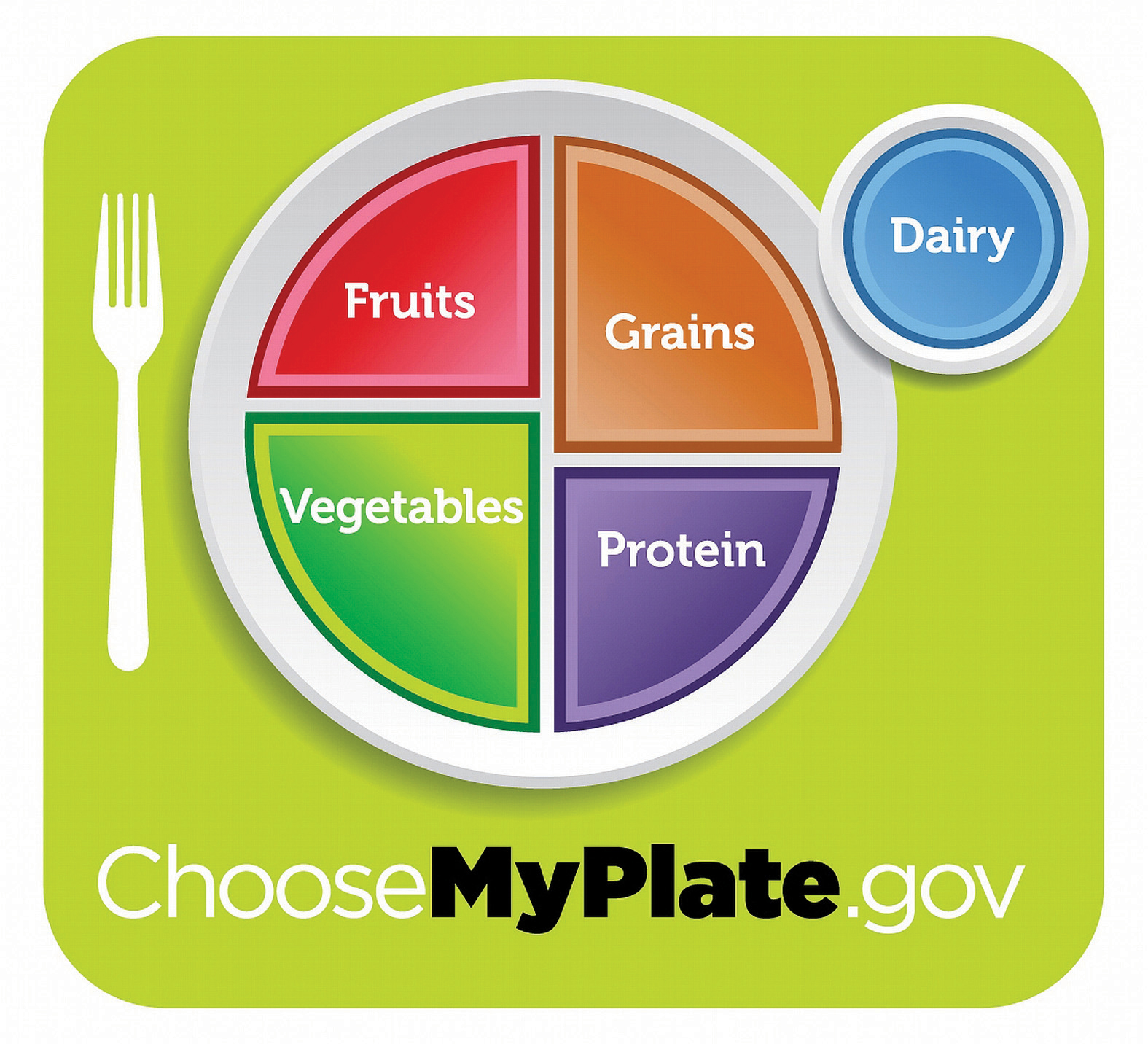 In the latter part of the twentieth-century nutrition scientists, public health organizations, and the American public increasingly recognized that eating too much of certain foods is linked to chronic diseases. We now know that diet-related conditions and diseases include: hypertension (high blood pressure), obesity, Type 2 diabetes, cardiovascular disease, some cancers, and osteoporosis. These diet-related conditions and diseases are some of the biggest killers of Americans with heart disease is the number one killer. The United States Department of Health and Human Services (HHS) reports that unhealthy diets and inactivity cause between 310,000 and 580,000 deaths every single year. According to the United States Department of Agriculture (USDA), eating healthier could save Americans over $70 billion per year and this does not include the cost of obesity, which is estimated to cost a further $117 billion per year. Unfortunately, despite the fact that the prevalence of these diseases can be decreased by healthier diets and increased physical activity, the Center for Disease Control (CDC) reports that the federal government spends one thousand times more to treat disease than to prevent it ($1,390 versus $1.21 per person each year). In 2015, the newest edition of the Dietary Guidelines for Americans identified obesity as the number one nutritional-related health problem in the United States and established strategies to combat its incidence and health consequences in the American population. A 2008 study in the journal Obesity reported that if current trends are not changed, 100 percent of Americans will be overweight or obese in 2048! Wang Y, et al. “Will All Americans Become Overweight or Obese? Estimating the Progression and Cost of the US Obesity Epidemic.” Obesity 10, no. 16 (October 2008): 2323–30. http://www.nature.com/oby/journal/v16/n10/full/oby2008351a.html In 2011, the US federal government released a new multimedia tool that aims to help Americans choose healthier foods from the five food groups (grains, vegetables, fruits, dairy, and proteins). The tool, called “Choose MyPlate,” is available at choosemyplate.gov.