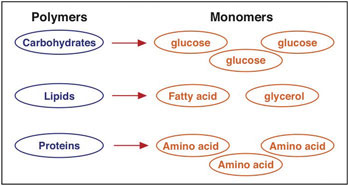 Figure 3.3.1: The Digestion Process. Digestion converts the food we eat into smaller particles, which will be processed into energy or used as building blocks.

Once you have eaten, your digestive system (Figure 3.3.1) breaks down the food into smaller components. Another word for the breakdown of complex molecules into smaller, simpler molecules is "catabolism". To do this, catabolism functions on two levels, mechanical and chemical. Once the smaller particles have been broken down, they will be absorbed into the blood and delivered to cells throughout the body for energy or for building blocks needed for cells to function. The digestive system is one of the eleven organ systems of the human body and it is composed of several hollow tube-shaped organs including the mouth, pharynx, esophagus, stomach, small intestine, large intestine (or colon), rectum, and anus. It is lined with mucosal tissue that secretes digestive juices (which aid in the breakdown of food) and mucus (which facilitates the propulsion of food through the tract). Smooth muscle tissue surrounds the digestive tract and its contraction produces waves, known as peristalsis, that propel food down the tract. Nutrients as well as some non-nutrients are absorbed. Substances such as fiber get left behind and are appropriately excreted.

There are four steps in the digestion process (Figure 3.3.2). The first step is ingestion, which is the collection of food into the digestive tract. It may seem a simple process, but ingestion involves smelling food, thinking about food, and the involuntary release of saliva in the mouth to prepare for food entry. In the mouth, where the second step of digestion occurs, the mechanical and chemical breakdown of food begins. The chemical breakdown of food involves enzymes, which break apart the components in food. Theses enzymes are secreted by the salivary glands, stomach, pancreas, and small intestine. Mechanical breakdown starts with mastication (chewing) in the mouth. Teeth crush and grind large food particles, while saliva initiates the chemical breakdown of food and enables its movement downward. The slippery mass of partially broken-down food is called bolus, which moves down the digestive tract as you swallow. Swallowing may seem voluntary at first because it requires conscious effort to push the food with the tongue back toward the throat, but after this, swallowing proceeds involuntarily, meaning it cannot be stopped once it begins. The small intestine is divided into three structural parts: the duodenum, the jejunum, and the ileum. Once the chyme enters the duodenum (the first segment of the small intestine), three accessory (or helper) organs: liver, pancreas and gallbladder are stimulated to release juices that aid in digestion. The pancreas secretes up to 1.5 liters of pancreatic juice through a duct into the duodenum per day. This fluid consists mostly of water, but it also contains bicarbonate ions that neutralize the acidity of the stomach-derived chyme and enzymes that further breakdown proteins, carbohydrates, and lipids. The gallbladder secretes a much smaller amount of bile to help digest fats, also through a duct that leads to the duodenum. Bile is made in the liver and stored in the gall bladder. Bile’s components act like detergents by surrounding fats similar to the way dish soap removes grease from a frying pan. This allows for the movement of fats in the watery environment of the small intestine. Two different types of muscular contractions, called peristalsis and segmentation, move and mix the food in various stages of digestion through the small intestine. Similar to what occurs in the esophagus and stomach, peristalsis is circular waves of smooth muscle contraction that propel food forward. Segmentation sloshes food back and forth in both directions promoting further mixing of the chyme. Almost all the components of food are completely broken down to their simplest unit within the first 25 centimeters of the small intestine. Instead of proteins, carbohydrates, and lipids, the chyme now consists of amino acids, monosaccharides, and emulsified fatty acids. Figure 3.3.3: The way the small intestine is structured gives it a huge surface area to maximize nutrient absorption. The surface area is increased by folds, villi, and microvilli. Digested nutrients are absorbed into either capillaries or lymphatic vessels contained within each microvilli. © Shutterstock

The small intestine is perfectly structured for maximizing nutrient absorption. Its surface area is greater than 200 square meters, which is about the size of a tennis court. The surface area of the small intestine increases by multiple levels of folding. The internal tissue of the small intestine is covered in villi, which are tiny finger-like projections that are covered with even smaller projections, called microvilli (Figure 3.3.3). The digested nutrients pass through the absorptive cells of the intestine via diffusion or special transport proteins. Amino acids and monosaccharides (sugars) are transported from the intestinal cells into capillaries, but the much larger emulsified fatty acids, fat-soluble vitamins, and other lipids are transported first through lymphatic vessels, which soon meet up with blood vessels.