Dietary Reference Intakes (DRIs) are more than numbers in the table, even though that is often how many people view them. The link below takes you to the tables that many people commonly associate with the DRIs. These tables have been updated to include the new RDAs for vitamin D and calcium. DRI Tables

The RDA is the measure that professionals use to assess the quality of people's diets. It is the requirement estimated to meet the needs of 97.5% of the population. But the RDA is calculated using the EAR. Therefore, the EAR needs to be set before an RDA can be set. There must be applicable research in order to set an EAR. An EAR is the estimated requirement for 50% of the population (hence the average in its name), as shown in the figure below. On the left vertical axis is the risk of inadequacy, and on the bottom of the figure is the observed level of intake that increases from left to right. We will talk about the right axis label in a later figure. Notice that for the EAR, the risk for inadequacy is 0.5 (50%) whereas the RDA the risk of inadequacy is 0.025 (2.5%). Figure 8.42 The EAR meets the needs of 50% of the population as depicted in this normal distribution. SD - standard deviation

If an EAR is set, the formula for setting the RDA is:

The following figure shows the distribution and how the percentages and standard deviation changes from the EAR. Only 2.5% of the population will have a need above the RDA for a particular nutrient. For nutrients lacking the research evidence needed to set an EAR, an AI is set instead. An AI is a level that appears to be adequate in a defined population or subgroup. As you can see, the EAR is adequate for 50% (0.5) of the population and is lower than the RDA. The RDA is adequate for 97.5% (0.025) of the population, and higher than the EAR. The AI level of intake is believed to be between the EAR/RDA and the UL, but since it is not research-based, it is not exactly known where this level falls as shown below. Figure 8.44 The AI compared to the other DRI components, the question mark and dotted line are meant to indicate that it is not known exactly where the AI would fall relative to an RDA if one was set

The last of the DRIs is the Tolerable Upper Intake Level (UL). This is the highest level of daily nutrient intake that is unlikely to pose risk of adverse health effects to almost all individuals in the population. To set this, the committee first sets a no observed adverse effect level (NOAEL) and/or the lowest observed adverse effect level (LOAEL). The UL is then set lower based on a number of uncertainty/safety factors off the NOAEL or LOAEL as shown below. The right vertical axis is used to represent the risk of an adverse event. Notice the NOAEL at the point where no adverse effects have been reported. The LOAEL is somewhere above the NOAEL. The UL is set at a level where it is believed that people will not experience the selected adverse effect. How are Americans doing in meeting the DRIs? The following figure shows the percentage of Americans that are not meeting the EAR for some of the earlier micronutrients that had DRIs set. Keep in mind that the EAR is lower than the RDA. Figure 8.46 Percent of Americans with usual intakes below the EAR1 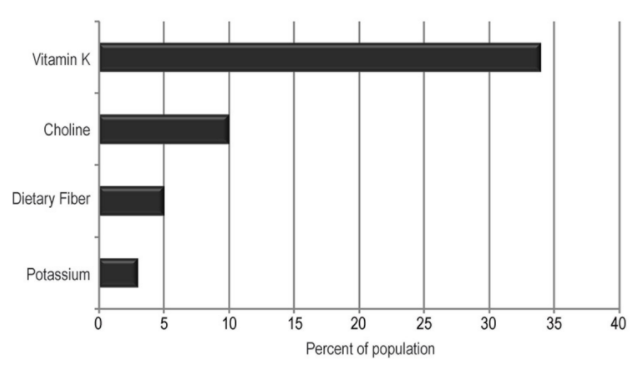 Figure 8.47 Percent of Americans with usual intakes exceeding the AI1

As you can see, a large percentage of Americans don't meet the EAR for vitamin E, magnesium, vitamin A, and vitamin C. Also, keep in mind that this also does not include micronutrients that have AI instead of EARs and RDAs.